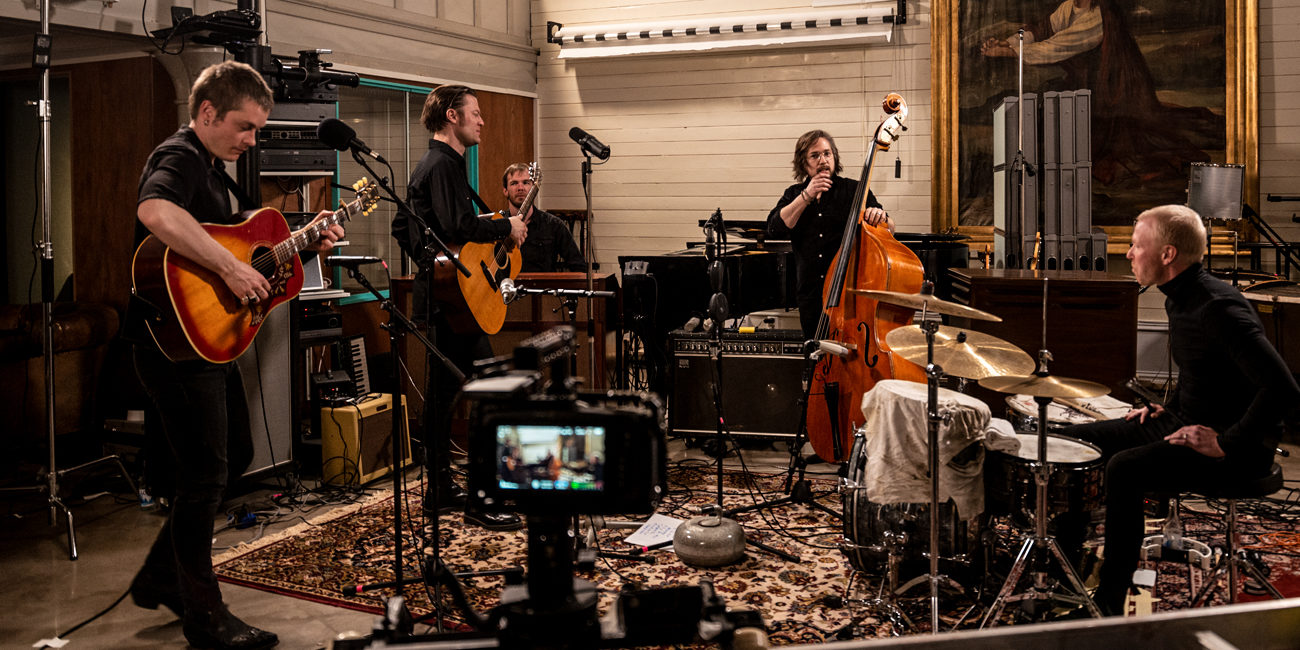 Man­do Diao comes from Swedish town Bor­länge. For the new album, they have returned to their home­town. For a few win­ter weeks, they have stayed at the Omnivox stu­dio togeth­er with the sound engi­neer Håkan Sör­le. The result of the record­ings will be released soon as “I solnedgån­gen” (In the sunset).

I’ve always been a fan of Man­do Diao and of course I’m extreme­ly hap­py that they chose to record at Omnivox. Hang­ing out with them in the stu­dio for a few weeks has been some­thing extra, for sure. Pure mag­ic. From a tech­ni­cal point of view the band has worked with a small num­ber of care­ful­ly select­ed micro­phones and some good pre-amps. Every­thing has been record­ed live, which in itself is a risk-tak­ing — you have to have faith in what you do to choose a process that gives so few oppor­tu­ni­ties to change things after­wards. What you hear on the record is what took place in the record­ing room dur­ing the session.

A pre­req­ui­site for suc­cess giv­en the record­ing method is that the hearts and souls are present in every note. Which is the case here. There­fore, the music on this record real­ly moves in on you, in a way that very few records do. Speak­ing for myself I get the same kind of feel­ing I get as when I lis­ten to care­ful­ly craft­ed clas­sics like “Then Play On” by Fleet­wood Mac and some of the record­ings by The Beatles.